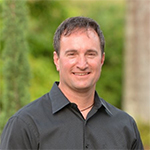 Workers’ Compensation has been the one holdout product in the IVANS Index to remain in negative territory since the beginning of the year. So what finally pushed Workers’ Comp into positive territory? Exposure.

The states that contributed most to the uptick include Colorado, Florida, Illinois, Minnesota, New Jersey, New York, Oklahoma and Texas. Many of these states have pushed for Workers’ Comp rate decreases over the past year. The Colorado Division of Insurance saw a 2.4% decrease in Workers’ Comp rates effective January 1, 2017. The one substantial state difference in our analysis is Florida. Given the enacted state rate change, effective December 2016, Florida insureds have seen an average Workers’ Comp rate change of 10.2% since the beginning of the year. In addition to the state mandated rate increase, Florida has also seen strong economic growth with an April 4.5% unemployment rate, 2.9% wage increase and 3.1% quarterly growth rate.

Economic improvement in these states is contributing to the move upward in the IVANS Index. States that contributed to the upward Workers’ Comp movement have strong economic results, particularly strong unemployment rates, wage growth and quarterly growth rates. The average wage growth was 0.1%, with most states impacting Workers’ Comp showing far more positive results. The combination of strong unemployment figures and wage growth appear to have acted as a contributing force to move Workers’ Comp above zero.

Future actions by states like New York, where the New York Compensation Insurance Rating Board has approved a rate decrease of 4.5% effective October 1st, may cause Workers’ Comp to move back into negative territory sooner than later.

Further analysis of Workers’ Comp movements will be included in the IVANS Index Q2 Report.